A Wild Last Boss Appeared 161: The Heroes Are Getting Pumped!

“You’re finally here. Welcome.”
Inside Megrez’s residence, the hero’s party and two other guests were currently being welcomed. The other guests were so remarkable that Cruz fainted as a result.
Sitting next to Megrez was a one-winged man. On his other side was a golem in the form of a dwarf. They were the Sky King Merak and a golem that was remotely controlled by the personality of the dead Smith King Mizar.
In other words, three of the Seven Heroes were here. Even Sei was amazed by this.
“I see. So he’s the hero? He has a good eye.”
“Is that so? I don’t see anything but a young man.”
Merak and Mizar’s golem…it’s troublesome to keep saying that, so let’s just call it Mizar. Both of them were observing Sei as if they were trying to appraise his value. It was making him really uncomfortable.
Sei had merely come to convey his conclusion after he had the conversation the other day. He was surprised to find that the number of heroes had increased.
“Uh, Megrez-sama. This is…”
“It’s not a big deal. I was simply inspired by your appearance. I realized that if I continued to live quietly without doing anything, I’d be laughed at by future generations.”
“And by Ruphas as well.”
“Indeed. It’s been two hundred years…What have we been really doing?”
Megrez and Merak laughed in self-ridicule.
What they had been doing…They knew it better than anyone else.
—They hadn’t been doing anything.
For them, time had stopped two hundred years ago.
Ah, I wish I didn’t do that. I wish I didn’t do this. Ah, we continued to regret how stupid and wrong we were—and so we just stopped there.
If one had made a mistake, it’d be fine to simply correct it. If one had been foolish, it’d be fine to be wiser next time. However, instead of letting things go, they wasted two hundred years obsessing with the past.
They were merely wounded and cursed when they fought the Demon King for a bit, then they behaved as if they had received sufficient punishment and took no further action.
But what about this youth? After being summoned from another world, he had been running around for the sake of this world which had nothing to do with him. Even if he was weak, lacking in power, and could not slash heaven and earth apart like Ruphas, he was still desperately doing whatever he could.
Compared to him, they found themselves to be such embarrassments.
“Since we last spoke, I’ve been thinking. You’re certainly powerless. Forget about Ruphas, you can’t even compare to the current me.”
“Ye—Yes.”
“However, you have something that’s more important than your combat power. It’s the will to advance without faltering at all times. You believe in your own justice, irregardless of what a hundred other people might say. You have the power to press on in search for the correct answer…and the power to choose the right path. I’m certain that this is the weapon that will let you win.”
Megrez and the others couldn’t make this choice back then. They lost to the power of the Goddess and walked down the wrong path. Even now, the humanoids had not changed at all. They were still afraid of Ruphas and tried to repeat what had happened before.
However, this youth was searching for the right path in the midst of all this. He was desperately searching for a peaceful road all by himself. And now, notwithstanding that it was still imperfect, he was here after forming an alliance with Ruphas’s group.
Some people who heard this might say, “Anyone could have done that.”
Well, that’s true. Anyone could have done that. No combat power was necessary to do it.
Despite being summoned as a hero and told by his allies about how horrible Ruphas was, he still made his own judgment by contacting and conversing with the monster called Ruphas. He merely determined that he could get along with her. There was no need for combat power of any kind.
Not everyone could destroy a planet. Only those like Ruphas and Benetnash could do so. However, if it was just talking to someone who could destroy a planet, anyone could do it.
But if anyone claimed this, Megrez would have said, “In that case, you do it.” …Yes, anyone could do it, but nobody did. This was why the battle happened two hundred years ago. Nobody did so…Not himself, not Merak, not Mizar. Even Alioth, Phecda, and Dubhe didn’t do it. As a result, they became enemies and tried to kill each other.
That was why Megrez respected the boy named Minami-Jyuji Sei. He respected this little boy who had neither lived for even a tenth of his lifetime nor possessed a tenth of his power.
And so he thought:
It’s about time we change ourselves. What kind of hero depends on a boy from another world? What kind of Wisdom King is that? If we really regret what had happened, now is the time to support this boy with all of our might.
With such thoughts in mind, Megrez tried to contact the other heroes after he parted with Sei. Benetnash ignored it as usual, but apparently Merak and Mizar had also reunited with Ruphas and arrived at some conclusions.
Then, there was only one thing to do. Now was the time to make up for the mistakes of the past.
“Let us assist you, hero. We will move under your direction.”
The courage of a powerless boy had moved the three heroes.

This is a status-increasing item that can be created by Aquarius. This was what Ruphas was referring to as a “status-boost drink”. When one’s ability values are low, it can quickly increase them by using cheap ingredients. But when the consumer is too strong, it will require an exorbitant amount of ingredients.
This isn’t because Aquarius is being mean. This is because the anti-bodies within the consumer will resist the nectar, so stronger and more expensive ingredients are needed.
In this sense, the orcs are amazing. Anyone who eats them can increase their HP. They must be hunted to extinction before one challenges the Goddess. (A sense of obligation.)

This chapter’s title contains a Pokémon reference, specifically the second line of text after using the move Focus Energy. 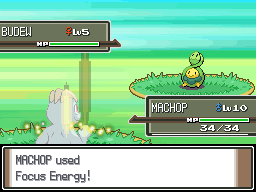