Orm: “But…maybe it wasn’t just Mercurius, but also all of the demons who had died so far, including Pluto and Jupiter. Everyone might have had a different way of life.”
Mars: “Hey—!”
Could Orm be ignoring Mars?
Metronome: A martial arts skill that increases the user’s power by +100.

This chapter’s title contains a reference to a Pokémon move called Metronome. 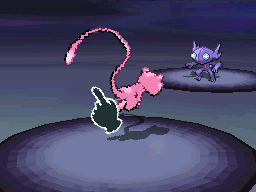 TL;DR: Ruphas and the Demon King prepared to fight. The End.
In the next exciting episode chapter on Dragonball Last Boss Z…A lot of shouting, a lot of beating the crap out of each other, and a lot of random things going boom! Co-written by Michael Bay!